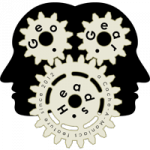 OCNA Admins DudleyGrunt and NativTXN were recently on the GeoGearHeads Podcast episode 178, talking OCNA, in an episode titled OpenCaching NA II. They were last on that podcast on Episode 125. If you count by 10’s on your fingers, you can figure out that was just over a year ago, hence this episode being titled OpenCaching NA II. Anytime our Admins are on a Geoaching Podcast, we run it here on the blog as well. Listen to them give an overview of our site, with an emphasis on our recently released Challenge Caches. GeoGearHeads is a near weekly feature with The Bad Cop and DarrylW4 discussing topics of interest to Geocachers, Location-based Gamers, and Technology Enthusiasts. They record the shows live through Google+ Hangout On Air Thursday nights at 9:10PM Eastern/6:10PM Pacific (The upcoming shows are listed on the Google+ GeoGearHeads page). You can subscribe to the audio version through iTunes, RSS, or Stitcher, watch the shows on YouTube, and check them out on FaceBook, Google+, and Twitter.