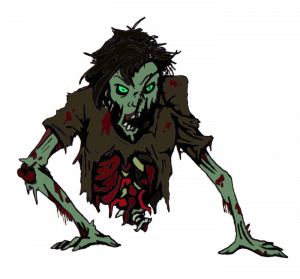 Not for real, of course. Zombie Apocalypse Geocaching is an expansion pack for the Cache Me If You Can Geocaching board game!, made by our old friends from DPH Games. There is a current Kickstarter campaign, which ends on Tuesday, February 3rd at 11:00 PM Eastern Standard Time, to help finance the release of the 2nd edition of this expansion pack, as well as to offer supporters special promotional items that do not come with the base expansion pack. There are only 11 days left in the campaign as of the date of this post. DPH Games has had great success with their previous Kickstarter campaigns, so we’re hoping any Geocachers seeing this post can help put them over the top on this one.

END_OF_DOCUMENT_TOKEN_TO_BE_REPLACED

The OCNA blog is about 9 months old now, and we have conducted several interviews; 22, to be exact. Many of those interviewees provide a Geocaching related product or service,  and it didn’t take us long to realize that many of them are often developing new products or services, or making “improvements” to existing ones. This is certainly the case with Dan Hundycz, President of DPH Games, maker of The Cache Me If You Can! Geocaching board game. The game was featured in a June 2013 post on this blog. We noticed via ads run on Geocaching.com that the Zombie Apocalypse expansion pack (also known as Zombie Apocalypse Geocaching, or ZAG) was released October 25th, 2013 (just in time for Halloween). We noticed as well that DPH games has greatly increased their visibility, with 14 vendors now selling the game. So we decided to “Cache up” with Dan.

Now if you think there has never been a connection between Zombies and Geocaching before, you’d be wrong. We have seen several Geocaching events combined with the social phenomenon of Zombie Walks. Sure, they’re not as big as Geocaching Flash Mobs yet, but you never know.  Dan tells us of the ZAG “Earlier this year, I wasn’t sure how it would be received by the Geocaching community. Our first order sold out with pre-sales. The concept resonated with geocachers.” As is stated on the ZAG page on the DPH Games website, “The Zombie Apocalypse has begun! Fortunately, YOU have your priorities straight. What could be more important? It’s time to grab your shotgun and go out Geocaching!” Says Dan of that humorous statement, “The response from Cachers is, of course I would continue Geocaching!”

Dan went on to briefly describe the ZAG, saying “The Zombie expansion pack adds a number of wild twists to the original game. You can even become a geocaching Zombie (and win if you are the best geocaching Zombie at the end of the game).”

The ZAG was actually announced on the DPH Games website long before it’s release, and there are currently two other expansion packs mentioned on the site. Dan tells us “The next expansion pack is in the Beta testing phase and due out sometime in the late spring. It’s called Superhero Geocaching (Link to page on Dan’s website). An evil doctor and his thugs (called Thuggles) are going to destroy all of the caches in the world. Captain Cache and his superhero friends are trying to stop him.” We’d like to personally thank Dan for calling them Thuggles, and not Thugglers! He also noted “All of the expansion packs will work with all of the other packs. So, if one were crazy enough, they could play Superhero, Zombie Apocalypse Geocaching!” Additionally, according to Dan “There are plans for a regular expansion pack that adds another board (Back into the Woods), but that won’t likely be out until next fall.”

We might add, Cache Me If You Can! will not be DPH Games’ only game endeavor. Dan says “Our next game is Psychological Warfare. It’s a strategic card game that has nothing to do with Geocaching.” You can read all about that, and see some sample cards on the Psychological Warfare page on the DPH Games website, sounds very interesting.

We also mentioned we noticed DPH games has increased their visibilty, now with 14 Vendors selling the game, including Shop Groundspeak. Dan told us “Since we last spoke, Cache Me If You Can! has been picked up by Groundspeak’s store. Sales exceeded their expectation and they are on their third order.” Great to hear! You can also purchase the game online from previous interviewees, The Space Coast Geocaching store, and CacheAdvance. There is now a Canadian distributor, Cache At Night. You can see all 14 vendors on the where to buy page on the DPH Games website. And don’t forget, you still have time before Chistmas!

Thanks to Dan for letting us cache up with him! We will be catching up with some of the other past interviewees in the future. None of them will probably have a clever pun using the word cache instead of catch in their blog post though! Stay tuned.

Above is the “Game Opening” video for the Geocaching board game Cache Me if You Can!, as being played by game designer and President of DPH Games Dan Hundycz (Geocaching.com username Zilt Pitorg), and developer Marty DeMarte (Geocaching.com username Allyn Birch), and also features several visits from Marvin the Tabby Cat! This video is actually one of five you can view on the game at the DPH Games YouTube Channel.

You may have seen this game advertised on Geocaching.com, beginning in May, 2013. We here at the blog saw those ads, and heard from a Geocacher that DPH Games had a tent set up at an outdoor festival in Corning, N.Y. during Memorial Day weekend. We contacted DPH Games requesting an interview, and happened to mention the blogger himself lives in New York State, about 135 miles away. It turns out Dan and Marty were about 80 miles closer to the blogger that day. One thing led to another, and we all met at a bar/restaurant in Clarence, N.Y. on June 2nd, 2013, where discussed the game for over an hour, and the blog procured a copy of the game for “testing” purposes.

Why a Geocaching board game? Dan says “We saw that there wasn’t really a true geocaching board game out there. We wanted to make something that simulated the experience. We spent a significant amount of time at game conventions so that we would develop a solid game… not just a game to fill a void.”  Yes, but would a non-Geocacher understand this game? No problem “We have played this game with more board gamers than geocachers” said Dan. He certainly has the credentials to take on this project, saying “I have geocached since 2007, played board games my whole life, and created board games and simulations most of my adult life.”

In addition to the Cool Ammo Can like box, the game is also available in a real .30 caliber ammo box! The Collectors edition, for $20 more. We here at the blog have seen one, it’s very nice, with Cache me if you can stickers that cover most of both sides of the box. All game components are made in America.

How to play the game:
The still picture you see on the video at the top of this post will actually be very helpful to the reader for following along here! This will be a brief overview from the blogger, who has played the game three times thus far. The object of the game, as described on the rules card is to be the first player to earn 18 points, and points are earned by collecting Geocaches and Geocoins. You see three boards in the picture. There is a “town” board (bottom), and two “caching area” boards (top). Note that this is the optimum arrangement for a two player game, and the caching area boards can be set up in a multitude of arrangements. The town board has a Cafe, a Sporting goods store, a swag store, a hospital, and a Mega Event, as well as the trailheads to the caching area. Each player starts out with a playing piece, a GPS/Pen indicator card, a character card, and three 2-sided equipment cards, with only one of the two equipment options being chosen by the player (there are opportunities in the game to turn the card around and choose the other piece of equipment on the card). All players start at the Cafe. There are no dice, movement is up to three spaces on a trail, and one space inside the sporting goods store or hospital, or “off-trail” in the caching area. Additional equipment cards and “event cards” may be picked up in the sporting goods store. Note that event cards are things that happen, not Geocaching events. For example, if you drew the “I guess that’s not supposed to go in a parking meter?” card, you lose a Geocoin. You won’t need to visit the swag store or the hospital on the town board until after you enter the caching area. And believe me, you will get sent to the hospital.

Players then enter the caching area, only at designated trailheads. When a caching area card is landed on, it is flipped over. The cards contain caches (including legs of multi-caches), hazards, special actions and non-action cards. Cards may either be taken, or left in place (some have instructions to leave them in place). If taken, the card is replaced face down with another from the deck. Note there are 104 of them with the game, but the boards only hold 48. Certain caches can only be taken if you have the proper equipment card. For example, you need a flashlight to take a night cache. Hazards (and there are many) will generally send you to the hospital on the “town” board, although you may be immune to the hazard if you have the proper equipment card. If you lose your GPS Signal or pen, you will have to visit the swag store. There are also “free goodies”, for lack of a better term, at the Mega event in town. You of course have to go back out to the caching area if you have to go to town for any reason. Collect 18 points worth of caches and Geocoins, and you win! There is also suggestions for an “advanced victory condition” game on the rules card, and DPH Games has a Back into the woods expansion pack planned. Says Dan, “One of our goals is to create games that bring people together. Having a game that is interactive and very replayable does that. A board game creates an environment that the console game never will.”

We like to think that we don’t review Geocaching products at the OCNA blog, we just report on them. But I’ll tell you what, if this were a review, I’d give it an A+ for sure. I told Dan via email when I got around to playing it, it was “even more funner than I expected”, grammar aside. The 104 randomly placed caching area cards, and the ability to set the boards up in a variety of configurations make this game play different every single time. And his wanting to meet a blogger to discuss the game in person (even if it was “only” 50 miles away) really shows his dedication to making this game and his company succeed. Note on the main page of the DPH games website that they go out on tour with the game to game nights and Geocaching Events. For example, they will be at the Berkshire (Mass.) Geobash and the Midwest Geobash (Ohio) in July 2013. Note also per this page on their website that you can purchase Cache Me If You Can! directly from DPH games, or from Amazon.com or Puredesign.com. Also if you ever find yourself in Downtown Corning, N.Y., from the Market Street Apothecary gift shop. You can see it in person, and buy it, if you so choose, at a game night or Geocaching Mega event too, of course.