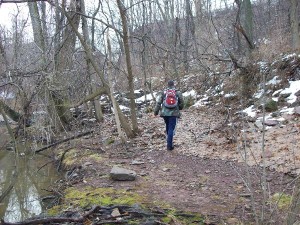 The OpenCaching North America Geocaching blog is the blog for an alternative Geocaching website of course, but it’s no secret that other than guest content, it has always had one Author, known on most Geocaching websites as Mr.Yuck, pictured here with stylish army coat, sweatpants and backpack. We’d tell you more about him, and let you see his face, but all you have to do is read on, as this weeks post is him doing the Washknight interrogation. What exactly is that? Washknight is a Geocaching blogger from the UK, who in late September sent out 20 questions to a few fellow Geocaching bloggers to “interrogate” them. This then went sort of viral world wide, at least by the standards of the small Geocaching blogging community, and has become sort of a challenge. As of the date of this post, 18 other bloggers have taken the challenge, with a few more working on it. We ourselves first heard about it via Dabaere’s Only Googlebot reads this blog, and decided to give it a try.

END_OF_DOCUMENT_TOKEN_TO_BE_REPLACED

OpenCaching North America is an alternative Geocaching website, so this Geocaching product certainly fits the bill for a blog post. Above you see the four handheld GPS units suitable for Geocaching use manufactured by BHC Navigation Co., Ltd., of Zhongguancun, China (suburban Beijing), which is considered the Chinese Silicon Valley. There are rumors among GPS bloggers that BHC is interested in the North American market, and the popularity of Geocaching is the most likely reason for that. After all, they have an English language web site. Which has surprisingly few translation and grammar errors, although it is authored in HTML, uncommon in this day and age. By all accounts, this English website appeared in the later half of 2013. As of press time, we have not heard back from BHCnav as far as interviewing anyone from the company, or even (probably unrealistic) hopes of getting our hands on one of the units, but decided to do a post about them anyways, as we’re confident very very few Geocachers knew of their existence. Who knows, if we hear back, there may be another post in the future.

BHCnav was legally registered in Beijing in 2004, and the four handheld units seen above, the NAVA series, were launched in October 2010. They claim on the about us page on their website to have over 40% of the Chinese handheld GPS market.

Pictured from right to left are the NAVA 200 (Gold), the NAVA 300 (Light Gray), the NAVA 400 (Green), and the NAVA 600 (Dark Gray). Their model numbers increase from least expensive to most expensive, not unlike the Explorist Series from Magellan, for example. You can see detailed information for each unit by going to http://www.bhcnav.com/navagps.html on their site, and clicking on the name or image of one of the units. You will then find yourself on a web page for each individual unit, with tabs for “Overview”, “Feature”, “Specs”, “In the Box”, “Accessories”, and “Maps & Software”.You can also find the NAVA Handheld GPS brochure in .pdf format, which gives an overview of the four units, and a comparison.

Looking at the specs, these units don’t seem much different than the low to mid priced Garmin or Magellan units! All four have a color display, come loaded with a worldwide base map, and claim an accuracy of 3-7 Metres (1-3 Metres with the SBAS (satellite based augmentation system) of WAAS in North Amercia, EGNOS in Europe, or MSAS in Asia). They also come with a BHCnav software CD, a USB cable, and a neck lanyard. They all support paperless Geocaching (3,000 Waypoints), as well as 60 routes with 6,000 points, and 50 tracks with 25,000 points, the points in the later two being total, not per route or track. Additionally, the higher priced NAVA 400 and NAVA 600 will accept a micro SD card up to 4 GB in size. The most expensive unit, the NAVA 600, is the only one with a 3 axis electronic compass, the others having differential compasses. None of the units have a touch screen.

At this point, we only know that BHCnav has an English language website, and is rumored to be interested in entering the North American market. However, there has also been speculation, that an agreement could be reached with such companies as Lowrance, Magellan, Delorme, Rand McNally, or even Cobra (which once tried the handheld market, but failed) to market the BHCnav units under their name. Or we may never see BHCnav units sold in North America in any shape or form. No matter what happens, you most likely heard about BHCnav here first. 🙂 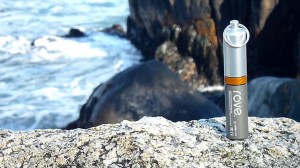