Things have been a little slow at this blog lately, but we do have a couple of recent developments pertaining to the OpenCaching Network, and more specifically, the native English speaking OpenCaching community!

OpenCaching in The U.K. is back, in the event you knew it was briefly missing in the first place. In early October, the original opencaching.org.uk site (which was also reachable at opencaching.uk) disappeared. But within a couple weeks, a new OpenCaching team had a new site under construction at opencache.uk, and it officially launched on November 15th, 2016. Click their banner to go there, and there is a “latest news” item telling the story in more detail, which will remain on their main page until December 15th. Note also the opencaching.org.uk and opencaching.uk links above will also get you to the new OpenCache UK site. 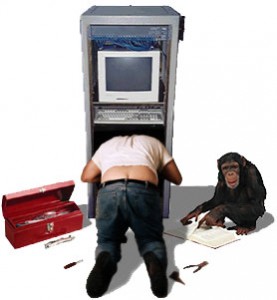 We first noticed early Friday Morning, November 18th that the Opencaching.us site had major issues. Our OpenCaching Network API (OKAPI) was down. This means c:geo and all OC compatible smartphone apps were down. Our cache maps were broken; our “statistics” pages (reachable from the left hand side bar on our site) were a mess. Many pages and functions still “worked” but had php error messages (sometimes hundreds) on the top of the page before the content. Being all volunteer, it took us a good 48 hours to get most of these problems fixed, not including a temporary relapse a few days later. The only known issue on our site as of the date of this post is that page 2 and above of any type of search on our site is still broken. We resolve to fix this last issue as soon as possible. 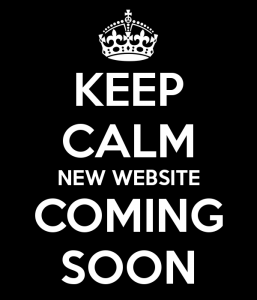 What happened? We’re heavily leaning towards our hosting company updating cpanel, which, according to wikipedia, “is a Linux-based web hosting control panel that provides a graphical interface and automation tools designed to simplify the process of hosting a web site.” Early in this snafu, we were considering updating to the latest and greatest version of the Opencaching.pl (Poland) code base immediately, but we managed to diagnose and fix the problem relatively quickly (which we could have never done without the help and guidance of Andrei from opencaching.ro). so we are going to stick with our late Winter/early Spring 2017 target for that major project. Want a sneak peak? Why not create an account at opencaching.pl, and click on the little Union Jack flag in the extreme upper right hand corner of the site (i.e., translate most of the site to English). And good news there, the OpenCache.uk team and the OCNA webmaster have very recently “improved” all the English translations for the opencaching.pl code.

UPDATE: Shortly after this article was posted, it was brought to our attention that whole pages of downloads do not work (you can still download caches one at a time), and many, but not all U.S. Zip Code searches don’t work. We apologize for this oversight, and are still working on those issues.

Many Geocachers are familiar with coord.info redirects (or “link shorteners” or “shortcuts”), which can be used only for Geocaches, Travel Bugs and Waymarks listed on Geocaching.com and Waymarking.com respectively. But did you know there is another redirect tool out there that works for almost every other Geocaching website in the world, as well as Geocaching.com listed caches, Travel Bugs and Waymarking.com listings? And as an added bonus, it’s even two characters shorter! That service is provided by the website coord.ch, and it’s very easy to use. Some cachers might not even be familiar with Groundspeak’s coord.info service, let alone coord.ch, so we’ll start with the basics.

END_OF_DOCUMENT_TOKEN_TO_BE_REPLACED

We at OpenCaching North America like to promote the fact that there are several Smartphone Geocaching apps compatible with our website (as well as several of the other OpenCaching nodes, as they’re called). We owe this to OKAPI, the OpenCaching API, and of course to the independent European developers who have written these applications. You can always access the list of currently compatible phone apps from any page on our website, at the link www.opencaching.us/articles.php?page=apps. Not a very fancy webpage, but it gets the job done.

We aren’t going to get overly technical in this post, but an API, which stands for Application Programming Interface, could be described as a software to software interface, as opposed to an end-user interface. You could say that with API’s, applications talk to each other without any user knowledge or intervention. Basically, we give developers access to our database, through OKAPI. Keep in mind, in the case of Geocaching websites, this is not only used for smartphone apps, and a developer could easily write a third party Geocaching Statistics program, for Windows and/or MAC.We must admit, “stats programs” for any of the OpencCaching nodes are not in high demand. But as an example of a non-smartphone app use of our API, Scout from Gpsgames.org uses the API to display OpenCachingNA caches on his Google Maps powered cache maps, along with caches from Navicache.com, and caches and Shutterspots listed on his own website.

OpenCaching.de is by far the busiest of the OpenCaching nodes, and as far as we know, still the 2nd busiest Geocaching website in the world, after Geocaching.com. So we at OCNA (and the whole Network) are excited that many, many developers are going to be taking a serious look at developing applications for our Network. As it stands, at least one developer a week requests a “key” for OKAPI. We get email notification of this.

So let us close by reminding you we have smartphone apps! Five of them, to be exact, along with two others that you can send our .gpx files to. They are OpenCaching for Android ($4.99), GeoCaching Buddy for Android ($5.23), Columbus for Android (FREE), GeoCaching Buddy for Iphone ($7.99) and GeoBasic for WindowsPhone ($1.99, and has a free trial version). Additionally, you can send our .gpx files to the great c-geo for Android (will always be free, and full compatibility with OKAPI is planned) and Geosphere for Iphone ($7.99). The Blogger is one of five people in America who uses WindowsPhone, so he has used GeoBasic, and gives it a thumbs up. Have you tried using any of these apps with our website? Feel free to comment below!

Post Update: Just four days before this blog post, on October 13th, 2013, the developers of the Geocache management software GAPP (a program similar to GSAK) registered with OKAPI, and announced OKAPI support starting with their latest version, 1.9.3.0.