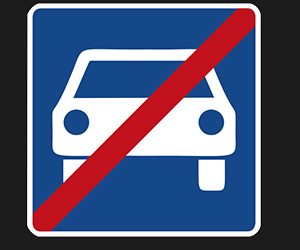 Traveling geocaches listed on Geocaching.com have ridden off into the sunset. On May 22, 2017, the following log was posted to all remaining Traveling Geocaches: “Geocaching HQ is archiving this traveling geocache and offering the cache owner an option to convert it to a trackable with a special icon. Each was subsequently archived and locked.”

What is (was) a traveling geocache?

Simply put (and generally speaking, because there were exceptions), the traveling geocache was a physical container that was listed as a physical cache type (traditional, multi-cache, or unknown cache) but was not bound to a specific set of coordinates. Instead, the traveling cache would move – or travel – from one hiding spot to another. Finders would have the option of finding the cache (sign the log) and leave as found, or to physically move the cache to a new hiding spot. If they chose to move the cache, they would be required to provide the cache owner with coordinates for the new hiding location. The cache owner would then update the listing, and other players could head out to find the cache at its new location.

Traveling geocaches were introduced in 2001, but by 2003 they were added to the new but growing list of “grandfathered” cache types (which now includes virtual caches, webcam caches, and locationless caches – all of which are still allowed on various alternative caching sites). Existing traveling caches would be allowed to continue, but no new traveling caches could be created and published.

At the time of the lockdown, Groundspeak stated that “by 2017, fewer than 100 traveling caches remained active”. Searching through bookmark lists claiming to list “all remaining traveling caches”, the number appears to be somewhere between 40 and 50.

OpenCaching North America (as well as most, if not all other OpenCaching nodes) allow traveling caches (known as Moving Caches on OCNA). Currently there are 41 active moving caches listed on OCNA. Moving caches have their own cache type, so you can specifically search and find OCNA moving caches. OCNA moving caches can be found and moved, and each action has its own log type. When a Moving cache is moved to a new location, the coordinates of the new spot must be provided in the cache log so that future seekers will know where to look. Not all Moving Cache owners adjust the coordinates to reflect the new hiding spot, so always check the logs before heading out to find a Moving Cache.

True to the philosophy of OpenCaching, there are no extraneous restrictions placed on Moving Caches – aside from common sense. Like any other physical cache, they should only be moved to locations were they can safely be hidden and found. It is up to the cache owner if they want to set specific requirements / requests. Some OCNA moving caches go from one hiding location to another, while others stay with the CO and are discovered at events for example. Some even double as Groundspeak Travel Bugs® and move around from one Groundspeak cache to another. And several moving caches provide housing for other findable items, such as BIT caches or geokrety.

It’s interesting to note that 3 of the 5 OCNA caches (currently) with the most finds are Moving Caches: Infiltrator, MAGC Ammo Can Roll Call, and Introduction to OpenCaching North America. In principal all five are Moving Caches: the other two are listed as a BIT caches but attached to a moving cache (Infiltrator BIT) or attached to a vehicle (Cache Retrieval Vehicle Rolling BITcache).

the life of a Moving Cache is not always an easy one. On occasion finders of moving caches are at a loss of what to do as evidenced by cachers removing the Travelbug from the container seperating the two. This has happened twice to Infiltrator in its 5 year life time. Eventually with the help of some exceptional cachers the two parts were brought together the first time from the far reaches of Michigan and Texas. At present they are once again separated. The Infiltrator has also been muggled, re-created and returned after placement by the OCNA webmaster, MrYuck. Read the story of that adventure featured in an earlier blog post here.

And that’s how we roll.

About the author: Bon Echo is a a Geocacher and Letterboxer from Hamilton, Ontario. He started caching at the beginning of 2012 and created his first OCNA listing in 2015. With 86 active OCNA hides (nearly all OCNA-only), he currently sits in second place for number of active hides. He jokes that he is Canada’s “leading OCNA hider and finder”, having created listings and logged finds in 5 Canadian provinces as well as in at least 8 US states. He mostly enjoys finding lonely caches and letterboxes, and would rather take a long hike to search for one lonely and possibly missing cache rather than complete a power trail of frequently-found bison tubes along a short flat trail.